First Day at the Apotheke in Polis

So today was our first real day back at work in the apotheke. We first went by the grocery to buy some snacks so we would not have to stop working for lunch. After we picked up the keys and unlocked the place, we spent some time opening up windows to air out the place, and doing a little cleaning. Saw lots of  spiders and walked into a fair number of spider webs. Did not see any rats, but there was one curious mouse who kept wandering out into the opening, at least until a cat walked by. 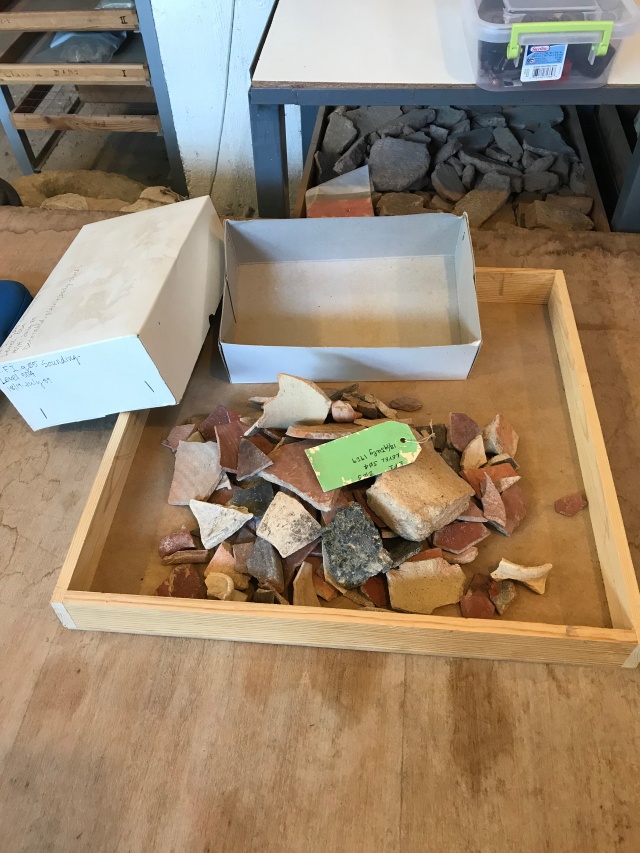 Soon it was time for the first box of pottery of the season. For my music, which is critical to proper pottery reading, I started the season off with Carry on Wayward Son by Kansas since I have become hooked on Supernatural, and then followed it up with Pour Some Sugar on Me by Def Leppard. I chose this because I saw a new video the band posted for the song with all of the lyrics. Despite the fact that the song is well-known for people not knowing the correct lyrics, I always felt I had most of them correct – after watching this video, I learned that I was incorrect and was singing some wildly inaccurate lyrics.

We were not reading any new pottery today, we were going back and reexamining some areas in EF1 to see if we could refine any of my earlier readings. I always hate doing this because I feel like I have to defend the accuracy of my earlier work. Bill doesn’t help matters because he says things like, “Well, in that pass you CLAIMED that there was….” Anyway, I felt like we accomplished a fair bit today and made some good progress. For those that know Bill, you know that he likes to use the same jokes over and over and over again. If I had bet on it, I would have though the first recycled joke would have been his Franco Harris Matrix joke, but it actually was a variation on his how do you date a church joke re-purposed as how do you date Cypriot Red Slip. This was followed by a Rashard Mending hole joke. So, everything is the same in Polis, even the jokes. 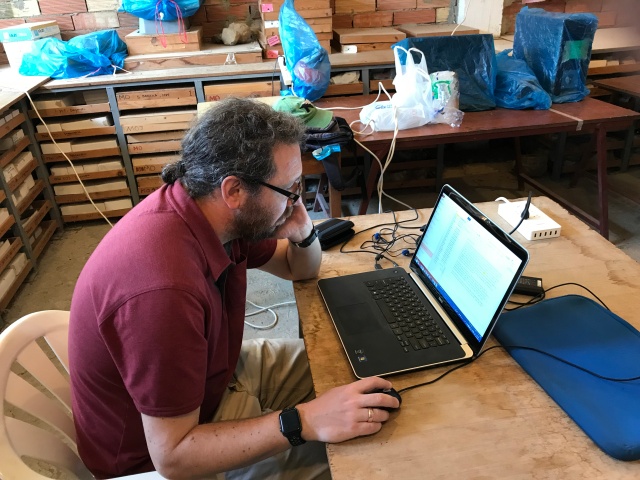 Finally, I have received some questions on my potato chip research which has been going on for a few years. Richard has questioned whether I can find any new flavors to test and suggested branching out into other snack food groups. I am a bit of a purist on the subject and will be sticking to potato chips, and in fact found five new flavors at the store. Before reviewing them, I thought it was important to recap the 46 varieties I have sampled so far. They are summarized below.

The Potato Chips of Cyprus: An Exhaustive Study: